Ch-ch-ch-changes! It's time to Mom Up 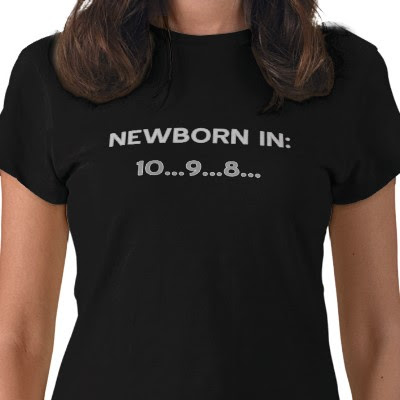 I've been meaning to tell you for awhile, but I keep freaking out. I guess the miscarriage in June made me a little superstitious. I had just told a few friends and then--whammo--spotting, bleeding, sadness, etc. So every time I went to write this post I got nervous and decided to just wait. I told a few people because they asked me point blank or because I felt like I had to explain some bizarre behavior (like suddenly deciding to put my house on the market or getting too woozy and needing to hang out for an hour instead of just picking up my kid from the play date and leaving), but mostly I've just been obsessing about it when I'm on the phone with my sister. And when I can get my husband to sit still and let me whine about my morning sickness.

I'm only 9 weeks along. (Read: My chance for a miscarriage is still around 40%!) I haven't seen my doctor yet. (Read: have not actually confirmed existence of baby. Could be a blighted ovum. Or a chemical pregnancy. Or an, ahem, hysterical pregnancy--isn't that right up my alley!) I'm sick and tired. (Read: those are good signs that this is a viable pregnancy, but they don't really induce me to blog.)

I'm owning up to it now since I hear I was outted at a ward party and because well, this random telling-people-sometimes-thing isn't working for me anymore. This pregnancy has raised a lot of issues for me and I find myself wanting to blog about it but being too afraid of what that would mean. So it's time I man up, or mom up, as the case may be.

I've met with my psychiatrist and per my pregnancy plan, it was time to wean off my medicine. Since I was on the smallest dose available that meant stop taking it. As near as I can tell I haven't suffered any real physical symptoms. Everyone on the internet who takes Cymbalta and then quits complains of "brain zaps." Haven't had any of those. My sweatiness has actually decreased since I quit the medicine and I appreciate that.

As for mood symptoms, well, the jury is still out. Don't get me wrong. I've been moody. Actually, MOODY is probably more appropriate, but there's no real way of knowing if it's the pregnancy or the lack of SNRI or the horrible weather we've been having or what. I feel like my intrusive thoughts are back. . . and that's been a little bothersome. They're mostly pretty quiet, though. Surprising but quiet. Prayer--and music, any music with words--has been helping a lot with those. I've been having trouble sleeping, too. Falling asleep is the hardest thing. My brain just goes nuts when I lay down, spinning out all sorts of disaster scenarios. But I'm working on a mantra to calm it down. I'm kind of scared for what the next eight-ish months hold. Perinatal (and postpartum) depression really is a crapshoot. A lot of the time it feels like there's now way to win. Not taking my medicine is supposedly better for the tummy baby, but not if I'm crazy. But if I'm not really crazy, then being on the medicine is a pretty big gamble.

I've been taking my prenatals and some supplemental fish oil and vitamin B because those two have helped a lot of other depressed people going off their meds. But the vitamin B turns my urine electric lemon yellow (you wanted to know that, right?) and since it's water soluble the recommended dose for depressed people is really high--which doesn't seem safe since there's a bun in the oven. The fish oil is fine going down, but every now and again it gives me fish burps, which don't help with the nausea. And the recommended dose for depressed folk is again very high--which is absolutely NOT SAFE when pregnant because of fish oil's anticoagulant properties. I need to talk with my OB about it, but I don't see her until the end of the month.

So basically I'm a slightly fatter, very moody version of myself who is going sometimes-crazy trying to get her house ready to sell--while mentally crossing my fingers for good luck this time around. I hate being on the wrong end of statistics! 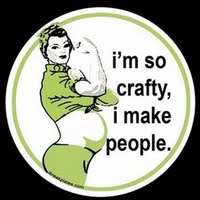 Hooray! I am SO excited for you. My sister took Lexipro when she was pregnant depressed, and it came out fine. Baby was born this week and is perfect.

The best thing for my intrusive thoughts when I am pregnant is Natafort (a certain prenatal vitamin that also helps stop nausea) plus calcium and acidophilus pills. And plenty of extra sleep. That doesn't work for my sister, but I thought I'd mention it.

Fish oil eased my fibromyalgia like a miracle, so I'm sold on it. Try the "no fishy aftertaste" variety ("enteric"). My mom was troubled with fish burps, too, and that took care of it. It costs just a little more, but is worth a lot.

Oh, I am so so so excited for you!

Congrats on the pregnancy Laura! You know I'm keeping my fingers crossed for ya. :-)

i hope that you are alright that i told you that you were outted. i wanted you to know so that you wouldn't get bombarded. and i didn't want to be the big mouth to blame. as i tend to have a big mouth shocker, i know.
like i told you i'm here for you if you need anything. you know where to find me.

So excited for you! And we have our fingers crossed on both hands for you, too. :)

Pretty sure I'm the one who outed you. Someone asked why you weren't there, and I opened my big mouth. You can seek vengeance at will -- but I do apologize. Only after saying it did I realize, "just because she told me, doesn't mean she wants everyone to know."

So please forgive my social ineptitude. We all love you and are hoping for the best for you!

I am looking for your honest blogging about the ongoings over the next months til baby arrives. I hope you continue to be honest with us, your super loyal readers, and with yourself, so that if you need some meds throughout this pregnancy, you make the best decision with your doctor and consider benefit versus risk.

Congrats to you! I'm in on the fingers crossed deal, too!

Congratulations! Might ask OB about using Progesterone cream from a compounding pharmacy during at least the last trimester, there have been some studies showing it really reduces post-partum depression incidence. I'm pretty sure the B-vitamins are okay, they are water-soluable so anything the body doesn't want is just excreted... B6 will help with the morning sickness too.
BTDT! ; )

I know what you mean about needing distraction. I went on a Netfix binge to keep my mind off of my issues over the summer. It helped. Keeping busy helps. Distraction is wonderful, but try to also enjoy the pregnancy while you can. Two months of my life simply vanished because I didn't stop to smell the roses. So don't forget, this is good news. I'm excited for you (and a bit envious). Congratulations!

Congrats on the pregnancy! I hope the nausea lightens up soon.

If you ever want to check on the safety of a medication during pregnancy, give OTIS a call. The Organization of Teratology Information Specialists has lots of good info. Here's the toll-free number: 866-626-6847.

I think that you have to cheer it out, You are an impressive woman because you are creating life.