I haven't done a Depression Profile in a while. But I came across this blogger, Melissa at Pressing Forward With Faith, and thought you all might enjoy her stuff about depression.

Be sure to check out her sidebar. She totally owns this illness. But she also doesn't let it hold her back. I love that.

Thanks for sharing with us Melissa!
Posted by Laura at 11:50 AM 2 comments:

What I Wish I Said 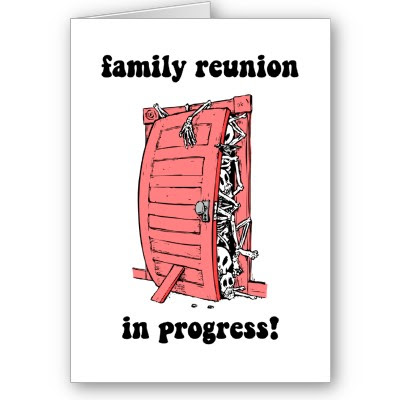 I haven't blogged in a while, but it's not because I don't love you. It's because I've been reunion-ing. (Hi family!)

Family reunions are like petri dishes for awkward conversations (and pink eye) but I mostly managed to avoid those this time around--pink eye and embarrassment. There was one conversation, though, that I've been replaying in my mind. It keeps popping up at odd moments and I think that's because I didn't say what I wished I'd said. So, you know, now I HAVE to blog about it.

Said conversation took place over a nice picnic lunch consisting of seventeen kinds of leftovers from other meals, random snacks, and delicious Bear Lake raspberries. It was sunny, all the little cousins (of which mine are the oldest; that's a lot of preschoolers!) were running around and someone asked me about my way-super-amazing-and-glamorous TV appearance of 2008.

You remember it, right? The one where I was in make-up for 20 minutes and on TV for five minutes in which I said 10 words that no one even really heard because I was one of six guests for a ten minute (including commercials) segment? What? You didn't TiVo that amazing moment in television history?

That's okay. Neither did I.

Anyway, I was on the Mike and Juliet show with my older sister, Charlotte, of the Great Fitness Experiment (she actually makes money off her blog), to talk about eating disorders. There was some newly-published study that proved eating disorders are passed around in groups--media-types were saying they were "contagious!!!"-- and Charlotte blogged about how I "caught" (I prefer inherited; my grandma started it!) my former eating disorder from her. (Former eating disorder. It's been four years since my last purge. Not that I don't fantasize/self-flagellate about it sometimes. . .) The producers booked us and flew us out to New York and I got my fifteen minutes of fame.

So, back to the family reunion: as I was explaining the contagious aspect of eating disorders and listing examples like sororities and gymnastics teams, one of my wittier (and not Mormon) family members piped up, "Or large Mormon families!" firmly derailing any train of thought I was jumping.

Now, it WAS a funny comment. I'll give her that. And I'm not holding it against her. Said family member is very smart, talented, sassy, and I wish I knew her better. But her comment rankled me a little. Probably because 1) I like being the center of attention and she upstaged me and 2)(this is the biggest reason) I punted. She threw a stereotype about Mormons and mental illness in my face and I backed down. I was basically speechless and mumbled something about how my family wasn't big, at least not by Mormon standards.

Maybe that was the right thing to do in the moment, but in the future I hope I have the guts and presence of mind to say a few things:

2. Even if there was some kind of evidence, that prevalence could be explained by any number of things--genetics being a very big one with eating disorders. As my psychiatrist said, "Your family history is basically a loaded gun." Genes are powerful and traits pop up in many unexpected ways. Also, CORRELATION IS NOT CAUSATION! (I should make that my email tagline. Maybe if we all start saying it a lot people will start to remember it.)

3. Stereotypes exist for a reason, but they are stereotypes all the same. Proceed with caution. It's one thing if some other Mormon chick threw out some blatantly offensive thing--I'd know she was joking because we were both implicated in the joke--but coming from someone who I know doesn't agree with my lifestyle. . . it floored me.

I wonder what would've happened had I called her on it. I doubt any good would have come of it. Except that maybe I would have felt like I stood up for myself.

So I caught this episode of Scrubs as a rerun the other night and laughed until I cried. I hope it does the same for you :)

Here's my favorite number (my life as a mommy SO feels like this sometimes!):

I'm not sure why but sometimes churchy stuff seems to exaggerate my mood disorder more than help it. Maybe it's because Church stuff is all pre-scripted. Like, my Primary teachers and YW leaders (who all meant well; this is not a criticism of them) told me how I should feel about stuff, but my feelings didn't always match up with the expected feelings and that spiritual dissonance took root in me. I think I felt (feel?) guilty for not feeling what I'm supposed to feel.

This last fast Sunday was a little like that for me. Really, my feelings were all over the place. I was annoyed when we got to Church. As I took the bread and water, I was overwhelmed by Christ's sacrifice for me and my heart fell to pieces. Once testimonies started I was tired. The mood swings just went from there. I was substituting my oldest daughter's Primary class that day and by the end of sacrament meeting I was oished. There was no way I could sit through opening exercises and sharing time with a bunch of rowdy CTR 6's without snapping at someone. One of them started complaining the minute I sat down. I looked him straight in the eye and said, "I don't care. Let it go. Don't tell me about it because I don't care."

Probably not what a kid is looking for when he comes to Primary.

So I left for a little while. I turned and walked out of that room. I found a shady spot outside and pulled out my Ipod. When I turned it on I was happy that the first song was one that always brings me peace. I worried for a minute that it wasn't a Church song but since it calmed my heart I went with it. The song is from the movie Uncorked. (Which is my favorite movie, despite what the users at imdb think. It rocks. You should watch it.) Sometimes to find peace, we have to turn away from all our obligations for a little bit--even the spiritual ones. And that's okay because by turning away you're giving yourself the option to turn back and do better.

I thought I'd post the song here for you in case you were in need of a break too. The first version is the song with a nice wannabe arty photo montage. The second is the version from the film. Enjoy!