I'm sparing you (actually myself) the details because they are a little tedious and very pitiful, but suffice it to say this has been a difficult winter. I had a few panic attacks. I've had more suicidal episodes in quicker succession than I can ever remember having. I have NOT acted on anything--no 72 hour holds for this girl!--but there have been some long dark nights.

We've adjusted my meds 3 times and I'm hopeful that we've found something that works. I'm on Zoloft now. Hopefully that will cover things.

I'm back in therapy--this time with the DH because it looks like some of these suicidal episodes are some sort of PTSD that he might possibly be triggering. Writing that feels unfair because he most certainly doesn't mean to and the truth is that this is more about my dysfunctional mind than his actions, but we will have to work together to put this behind us. I'm mostly hopeful about this.

My oldest is doing some therapy. I don't want to go into details (you're not surprised about that are you? That seems to be the theme of this post.) but I'm hoping that a little therapy now will save us pain during the teenage years. She's a good kid--intelligent, kind hearted, she tries hard--she'll pull through this.

Also this winter has been  pretty hard on my son's atopy. It's been ugly this year. Maybe because everything's so dry.

So there it is. My somewhat depressing update. But, well, it hasn't been all bad. There have been a few moments like this: 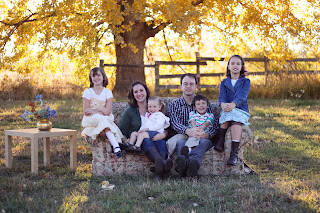 And that brings back some balance.

Good post. Value the honesty. Love the courage found in your blog. I would expect helpful to many. Thank you! I started a blog this year hoping to offer bits of hope, thoughts and ideas that could make a difference. Please stop by. Smiles, Kandee

Just "happened" upon your blog today after typing [lds mother treating depression] into google's search engine. I've been on antidepressants for 7 years now and have always felt that it's my own fault that I'm sad all the time. I read your article "That Girl" and cried through the whole thing because it describes my life so perfectly. Anyway...just wanted to say thank you so much for sharing and being so open about depression. You have really helped me (and probably countless other young mothers as well). I'm going to try to look at my depression as an illness from now on and be more open about it. Thank you.

Hello I just found yoursite too...May/2013...I am a 36, male living in Minnesota. I suffer from depression also, but I have learned so much from this experience, its not even funny. I plan and am writing a book to be self published. Since I found your page, I am going to read thru your blogs and see if I can find some cool insight or tibits... You're not alone, and the depression thing is doable and workable...please don't give up...sometimes "getting up" is all that is required...you have to find out if that is the right thing for your life...but sometimes, its just that simple... armyodgreen at gmail

I wanted to share what in my own words what a parable is. The real meaning is in the Bible Dictionary. Parable: a way to teach you children the way the Savior taught so that they can grow up unto the Lord in his knowledge and wisdom.

Has anything ever bothered you in life? Do you
have any problem you need to solve? A pending
court case you want to resolve in your favor?
Health, relationship and finance. Welcome to
the world of miracles and wonders, there are
supernatural treasure and power to liberate
mankind from all afflictions. Why cant you live a
life of your dream? Why must you work so hard
and yet earn so little? Why cant you be happy
with the one you love and desire or why cant the
one you love reciprocate and appreciate that
love? Why would the doctor tell you there is no
solution or cure to your problems? Why would
your lawyer say you stand no chance, that your
case is hopeless? Have you been cheated by
anyone or those owing you money refuse to pay
back? Do you need a rapid job promotion in
your place of work? You want to venture into
politics? Now I understand certain things are
hard to believe and comprehend, but all I ask
from you is only 3 days and if you will follow my
instructions and use the items you will receive, I
promise your life will never be the same
again.If you find no relevance in the help I offer
I solemnly appeals do not be vindictive and go
in peace. And if your intentions are to take
advantage of the powerful nature of our items
for the purpose of evil, I will not have any
business with you please be advised. May
angels guide you. All inquiries should be
directed to the Priest Abija email below Email:
spirituallighthealing101@live.com